“Let food be thy medicine and medicine be thy food”

For the past year we have been talking about how to boost the immune system with plant phytonutrients and how this can present new opportunities for farmers, particularly if plant pharmaceuticals can be extracted from plants grown in a controlled environment.

With an increased knowledge of downstream processing, farmers could learn to take advantage of plant pharmaceutical power quickly and naturally and boost their market share.

More than half our medicines come from plants

If more than half of our drugs originated from plants, it should be possible to select which plants display bioactivity using artificial intelligence and machine learning to extract bioactive molecules and reduce the time to create natural plant based drugs. This is already happening with high throughput screening of secondary metabolites from plants. Alternatively farmers can use this knowledge to market the whole plant entourage effects which lead to positive health benefits.

As we begin to understand more about disease pathways there is mounting evidence that plant phytonutrients may unlock new applications through a better understanding of molecular biology and clinical trials. Examples of this include new applications for forskolin from Coleus forskohlii and phytochemicals from Stephania Glabra, which are being rediscovered as adenylate cyclase and nitric oxide activators, potentially opening new ways to treat obesity and atherosclerosis.

To Know The Future We Have to Understand The Past 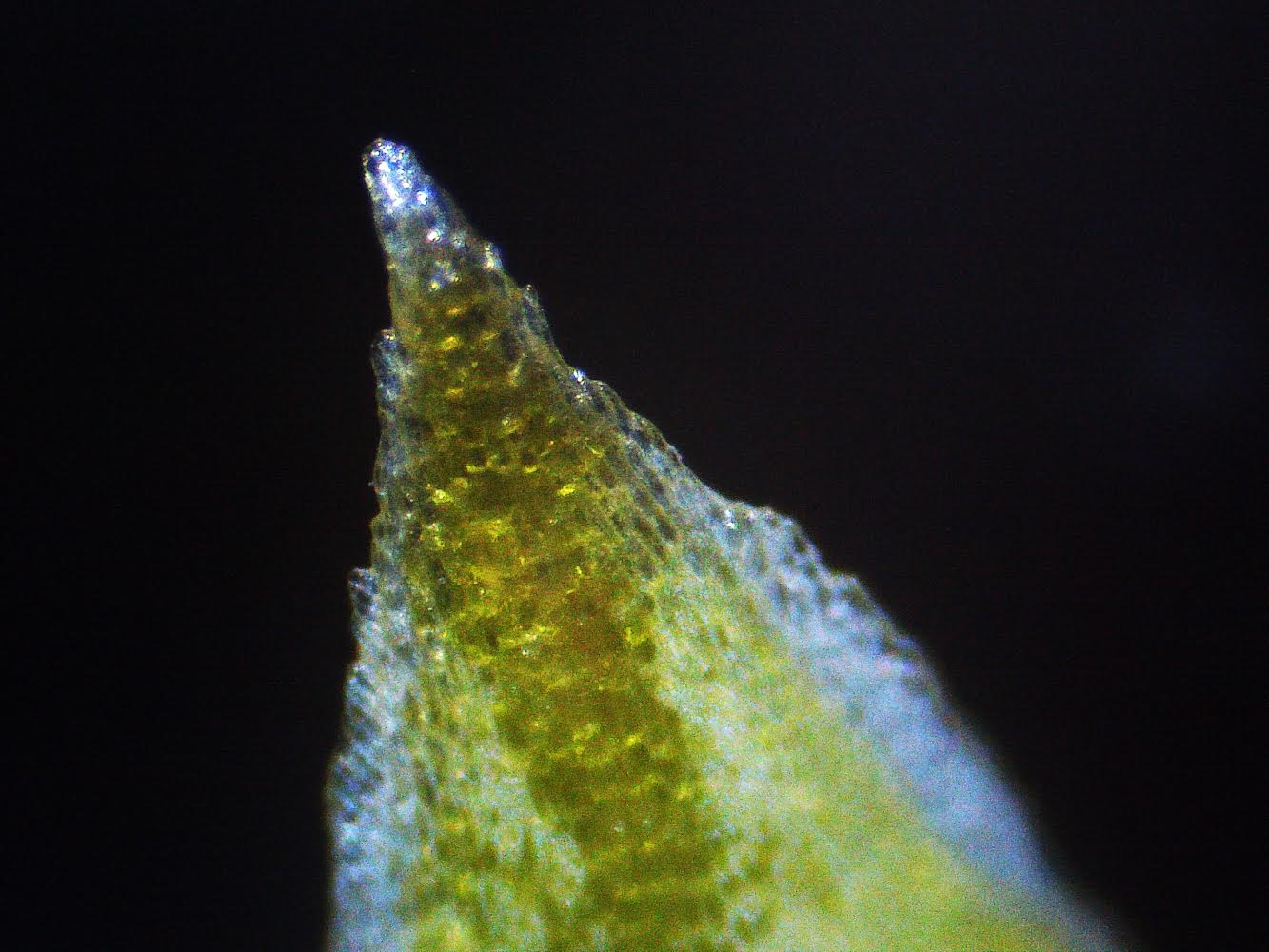 Many plants have provided primary sources of medicines for early drug discovery, with more than a quarter of our modern medicines originating from the Amazonian rainforest. Many of these plant based drugs are used to treat serious and diverse diseases including Malaria, Glaucoma, Heart disease, Epilepsy, Leukaemia and Cancer.

Let’s delve deeper and review where some of our most commonly used drugs have come from and ask if there is an opportunity to grow medicinal plants in a controlled environment.

Drug discovery from plants relies primarily on their bioactivity which has led to the major discovery of one of our most successful anticancer drugs, Paclitaxel (Taxol) extracted from Yew (Taxus Brevifolia) in 1971 and approved for use in the treatment of breast cancer (Tamoxifen) in 1993.

Both Vincristine and Vinblastine extracted from the Madagascar Periwinkle (Catharanthus roseus) are commonly used in treatment of acute lymphoblastic leukaemia and Hodgkin’s Lymphoma. Vinca periwinkle grows very easily in plant tissue culture and with hydroponics it can be controlled to grow under different light spectrums. Like Paclitaxel these alkaloids work by preventing cells from dividing by blocking tubulin in cancer cells. This also affects healthy rapidly dividing cells at the same time which is why hair loss occurs during chemotherapy.

The quest for new antimalarial compounds remains strong as it is one of the deadliest diseases in the developing world. So the discovery of Artemisinin from Artemisia annua L. to combat multi drug resistant malaria was awarded the Nobel prize  for medicine in 2015. It works by killing the malaria parasite Plasmodium falciparum by indiscriminately binding to proteins in many of the organism’s key biochemical pathways.

There are challenges however as another close genus of wormwood  (Artemisia Absinthium L.) contains high levels of the toxic phytochemical thujane. Distilling the herb in alcohol increases the thujone concentration,  which is why the alcohol beverage Absinthe was banned in the US.

Medicinal extracts of wormwood have not been shown to cause seizure or other adverse effects at usual doses. This shows the importance of validation through scientific processes to ensure plant phytonutrients have a high safety profile for human use.

During the last decade a few new plant derived drugs have been launched including Arteether, an endoperoxide sesquiterpene lactone derived from Artemisinin.

Recent research at the Max Planck Institute suggests a role for Artemisinin in the treatment of SARS-CoV-2. Wormwood is initiated easily in tissue culture to produce clean clones and grows easily and quickly in aeroponics.

Approval was granted in 2018 for Epidiolex (Cannabidiol), the first plant derived Cannabis drug to be approved by the US FDA for use in severe refractory Epilepsy. It is important to reiterate that science needs to validate physiological health benefits due to cannabis related effects within clinical trials since long term negative side effects are possible.

Not all our plant drugs came from the Amazon and in 1775, Dr William Withering who studied medicine at Edinburgh University discovered an alternative treatment for heart problems when one of his patients used a local gypsy herbal remedy from Foxglove (Digitalis purpurea) and promptly improved his condition.

Digitalis sometimes called ‘dead man’s bells’ contains the glycoside digoxin which works by slowing the heart rate and increasing the intensity of the muscle contraction so only minute doses are required daily to be effective in treating cardiac arrhythmia.

Poppy (Papaver somniferum) contains the active opiate morphine (named after the Greek god of dreams, Morpheus) used for pain relief during trauma and as the traditional ‘end of life’ drug to ease suffering. The earliest images of opium poppies were found in ancient Sumerian artefacts (dating around 4000 BC), later named by ancient Greeks who called it Opion, eventually leading to its modern name Opium. The active opiate ingredient of the opium poppy morphine is collected by extracting the fleshy seed pod. An opioid attaches to the receptors found in the brain, gastrointestinal tract and spinal cord to reduce the transmission of pain messages to the brain.

Opiates are used in UK medicine as strong painkillers but are prescribed with care due to the addictive nature of the drug. The first commercially pure product introduced for therapeutic use was morphine marketed by Merck in 1826.

Quinine (Qualaquin) is an alkaloid from the Cinchona Calisaysa tree that grows in South America forests used for centuries in the prevention and therapy of Malaria. It was a popular herb used by the Quecha tribes of the Amazon rainforest. Modern research has shown it to also be a very effective treatment for fevers, cold and influenza although side effects are common with permanent kidney damage a concern.

Hypericin, an anthraquinone from  St. John’s wort (Hypericum perforatum) has received much attention for use as an antidepressant.

The key chemical component of Salix (Willow) Salicylic acid, was first described by Hippocrates who referred to a white powder derived from willow bark used for pain relief, fever and for anti-blood clotting.  In 1763, chemist Edward Stone isolated the active ingredient and it has since been used in medicine both for analgesic and anti-clotting properties. The first semi-synthetic pure drug aspirin, based on a natural product salicin isolated from Salix alba, was introduced by Bayer in 1899. Aspirin is now synthetically created through a chemical reaction between salicylic acid and acetic acid. Americans consume around 16000 tonnes of Aspirin every year due to its wide ranging medicinal properties. These include pain relief, reduction in cerebral thrombosis and a reduction in rheumatoid arthritis as scientists discovered it prevents the growth of cells that cause inflammation.

Willow bark often turns up as a natural alternative to salicylic acid, because it contains salicin. When orally ingested, salicin is converted into salicylic acid by specialized enzymes in our digestive system. Willow bark (white or black) sold as a dietary supplement, herbal tea, or topical ointment, is known as ‘liu shu pi’ in traditional Chinese medicine.

Will we grow our medicines in CEA in the future?

From the Amazon rainforests to the coral reefs of the Caribbean, scientists search for cures to both old and new diseases. Bioprospecting is labor intensive and only one in thousands of compounds tested may demonstrate pharmaceutical promise. Despite this we know half of all human pharmaceuticals now in clinical use were derived from plant based natural sources.

Nature may hold the key to finding the cure for emergent diseases, not least for new Coronaviruses. With hundreds of Coronaviruses discovered, only a few have become so virulent to cause epidemics and of course Covid-19, the cause of the current pandemic. It is possible that many pathways may be disrupted by bioactive chemicals in plants. For example, Wasabi Japonica displays anti-thrombotic effects which could have applications to treat blood clots in patients with SARS-CoV-2.

Plant factories with artificial lighting (PFAL) can aid steady production of high quality medicinal plants all year round by artificially controlling the environment (light, temperature, humidity and fertilizer) and allow growers to plan their production. This is best observed in Japanese PFALs, leading the world in terms of CEA to produce plants with a range of attributes that aid human health. For instance growing under controlled environment conditions may increase anthocyanin concentrations to enhance uniform metabolites with clean precision production.

While we don’t anticipate it is economically viable to grow many of these traditional medicines in hydroponics, there is no doubt they could be adapted for new purposes of extraction. With a combined approach of plant identification, controlled growing and research of the entourage effect and combined efficacy against disease we believe these tools can aid future discoveries. To do this we need production of clean virus free clones grown in plant tissue culture and acclimated in controlled environments. This enables us to keep production uniform and close to extraction facilities. We encourage you to reach out if you are interested in our approach to grow some of these unique medicinal plants as we have many years experience in controlled environment trials.

Janet Colston PhD is pharmacologist with an interest in growing ‘functional’ foods that have additional phytonutrients and display medicinal qualities that are beneficial to human health. She grows these using a range of techniques including plant tissue micropropagation and controlled environmental agriculture to ensure the highest quality control.

This site uses Akismet to reduce spam. Learn how your comment data is processed.

Better health found in the stem of crops like Tumeric

Have you had your BLT today? Part 3: Tomatoes